Tackling Adversity: Turning the Pumpkin Back into the Carriage 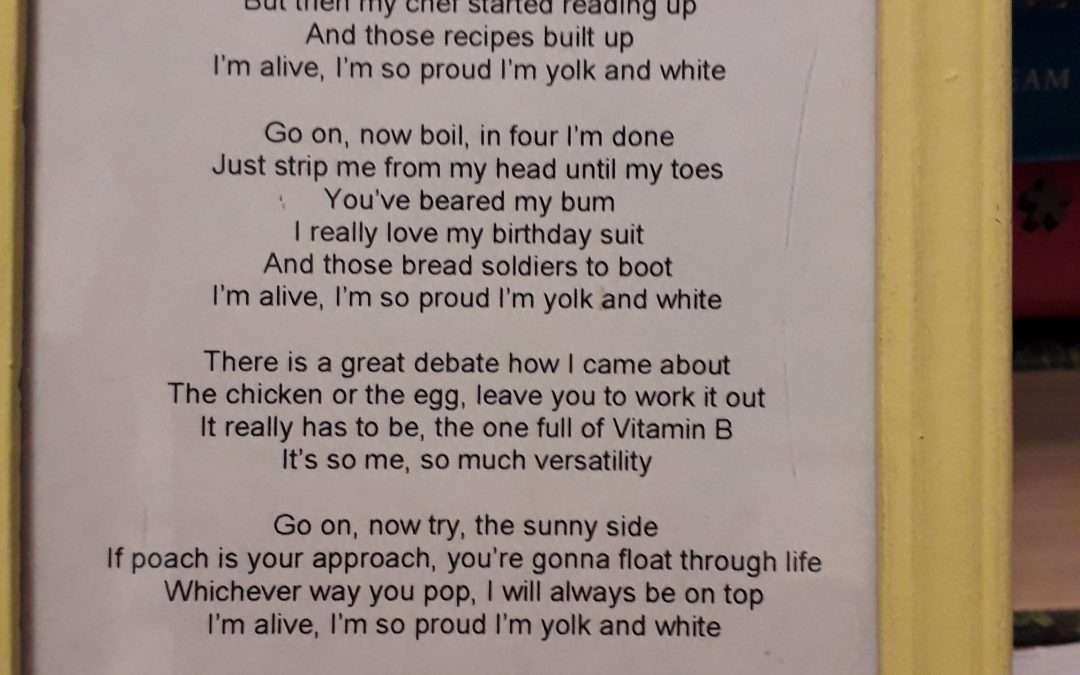 A song i wrote for our panto after-show party.

Dressed as a fried egg

I belted that out to a hall full of people.

I was on fire (not literally…that would’ve been pretty horrific) but..

This all happened because the previous year i was stalked.

I called my stalker out.

They were abusive and hurtful.

The stress of the betrayal (they were a new friend) led me to get shingles when i told people what had happened for the first time in its 6month saga.

I then was so exhausted i could not partake in the after-show that year as my body couldn’t handle being up to 1am. I only just coped with the panto itself.

So I vowed the year after I was going to perform again, and I would write a song.

But i didn’t just write it.

I performed it over and over in my head 100 times plus, so by the time i actually got on stage to do it live, I had already performed it dozens of times.

And i LOVED it.

It meant the world to me to be back on the stage performing, and my own song.

It meant i was well on the road to recovery.

To coming back out of my shell.

To healing, although it took a good few years after that to really heal the mental and emotional damage.

And that night, after I came off stage, I had so many performers coming up to me saying where did that confidence come from???

So my lessons to you:

I am sure there were more lessons if I sat and thought more, but that’s a few off the top of my head. Writing a song each year was my after-show piece, and allowed me self-expression through creativity. From the year of Humpty Dumpty. Enjoy!!

When I was First An Egg – Copyright of Victoria Smith-Gillard

This website uses cookies to improve your experience while you navigate through the website. Out of these, the cookies that are categorized as necessary are stored on your browser as they are essential for the working of basic functionalities of the website. We also use third-party cookies that help us analyze and understand how you use this website. These cookies will be stored in your browser only with your consent. You also have the option to opt-out of these cookies. But opting out of some of these cookies may affect your browsing experience.
Necessary Always Enabled

Any cookies that may not be particularly necessary for the website to function and is used specifically to collect user personal data via analytics, ads, other embedded contents are termed as non-necessary cookies. It is mandatory to procure user consent prior to running these cookies on your website.